Doesn’t almost anything we can think of have a beginning?  As we begin a new year, the idea of all sorts of beginnings was in my mind.  I’ve been interested in beginnings for quite a while and the beginning of the stock market is an interesting story that I want to write about today.

If you’re a beginning investor, my hope is that you invest regularly in low cost index funds and aren’t concerned with the ups and downs of the market.  I also hope you think it’s fun to know a little about the world, and the market in particular.

Beginnings are often of interest to historians, scientists, and others who are curious about the exact origin of things.

Recently, I read an article about the longest river in the world, the Nile. It hadn’t been clear where the exact origin of the Nile was, but through an analysis of sediment, scientists now believe that the Nile began in Ethiopia as a part of the Blue Nile.

Another beginning that many scientists continue to study is the beginning of the universe. There are theories, such as the Big Bang, but there’s no definitive answers yet. We may know much, but we have so much more to learn.

Of course, the enduring mystery of how life begins continues to captivate humans around the world.  As we learn more, we hope our earth will become a better place.  As I read somewhere, there is no Planet B.

I’ve included here some of the quotes I like about beginnings.

The beginning is the most important part of the work.

We must be willing to get rid of the life we’ve planned, so as to have the life that is waiting for us. The old skin has to be shed before the new one can come.

Just when the caterpillar thought her life was over, she began to fly.

A society grows great when old men plant trees whose shade they know they shall never sit in.

When I first began investing in the stock market, it wasn’t clear what the market really was. I thought it was a place somewhere, maybe in New York, on Wall Street, where stocks and bonds were bought and sold. While I had once walked along Wall Street, I never experienced first-hand the trading going on in the market.

Later, I learned that there were multiple markets and markets were across the world, although the New York Stock Exchange is probably the largest and the most well-known.

The more I learned and studied about the market the more I became interested to learn how the market began.

Whenever people came together to trade goods and services, markets of some kind sprang up. Today, we find farmers markets and flea markets in towns and cities across the USA and in countries around the globe. Also today, while the barter system is not used as frequently for the exchange of goods and services as is cash, markets still are places that draw people together for common interests.

To put it simply, the stock market is a place where stocks and bonds in companies are bought and sold.

Companies issuing stock go back at least to the middle ages (476-1453 AD) when fishing was a booming business, but building ships was costly. Shares were sold in boats, with shareholders taking the risk and rewards for future catches.

The oldest stock share existing is from 1606 and is in the Westfries Museum archives, Hoorn, Netherlands. It was issued by the Dutch East India Company, VOC, in (1602-1799). It was only rediscovered in 2010 when a student doing research for his history thesis found it.

In the USA, in 1606, the same year as the Hoorn example, the Virginia Company of London sold shares to finance the settlement of Jamestown. It was a joint-stock company. Shareholders were promised much and although the settlers did make a mark on settling the land, the shareholders did not profit and probably lost their money.

Looking a little more into the origins of the market, I found that in 1792 in New York, a group of traders formed an agreement, referred to the Buttonwood Agreement.  It was signed at 68 Wall Street, supposedly under a buttonwood tree.  The agreement formed the New York Stock Exchange.

Today, some of the major markets of the world are:

Now, I’m going to practice some balance exercises to help me stay healthy and fit. Wish you were here. 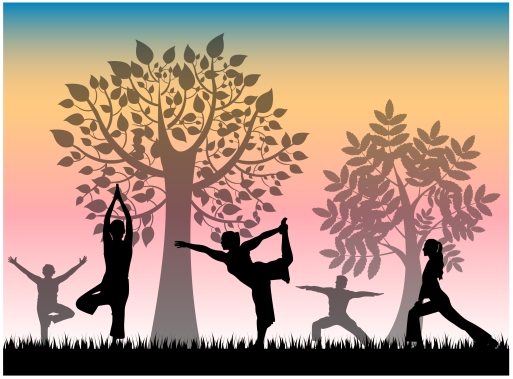 Categories: Archives
No comments yet…

Become a confident successful investor who sleeps well at night.

Stories from Grandma Sylvia on learning to invest based on my investment journey and my learning from the best thinkers in the field.